The MPSG Series represents the new generation of steam generators of MATACHANA developed by Pharmabios. They are meant to produce pure steam for its use in several pharmaceutical applications. Although these generators have been developed to feed our Pharma steam sterilizers, they are also commonly used by other process equipment such as reactors, vessels, process piping and installation. 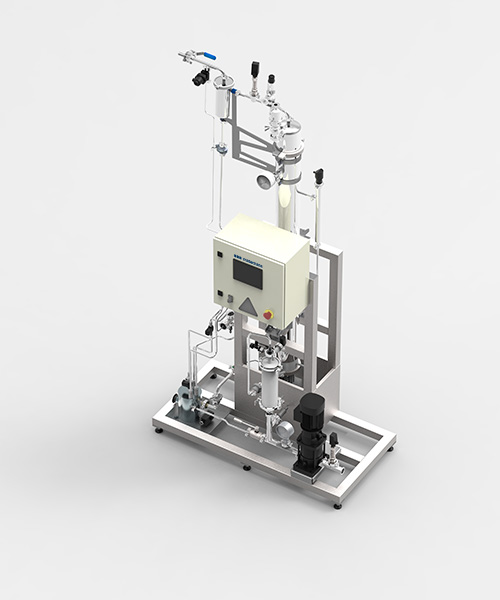 Thanks to its unique design and the three-stage separation, impurities and endotoxins are fully removed from the steam. Once the pure steam condenses, it meets the properties defined in current pharmacopoeias regards to water for injection.

The design and manufacturing of the MPSG Series are in accordance with current Good Manufacturing Practices (cGMP). Also, the device can be validated and qualified according to the GAMP guidelines.

MATACHANA has two types of pure steam generators; either heat up by electrical heater or by plant steam, to ensure the water vaporization. The MPSG Series cover the production needs of pure steam from 50 kg/h up to 2000 Kg/h.

The pure steam generators are equipped with the state-of-the-art control system from MATACHANA, the MOS (“Matachana Operation System”) developed with operator safety, process efficiency, reliability and repeatability while maintaining a simple and intuitive design.