MATACHANA GROUP has been delighted to participate in the IX Congreso Panamericano de Esterilización 2016 as Gold Sponsor.

In our stand MATACHANA were exhibited the integral solutions for sterilization centrals, with washing equipment, steam sterilization and low temperature, process monitoring and traceability. 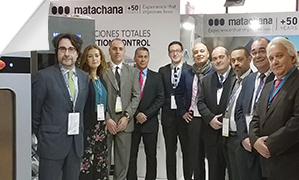