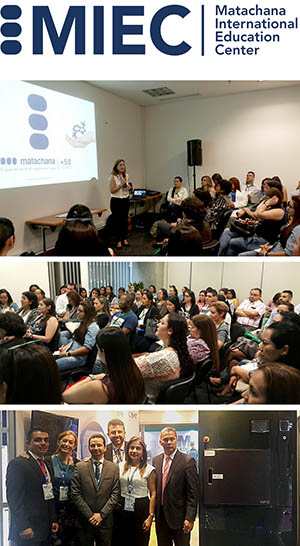 In Colombia, took place on June 21, 22, 23 and 24, the 9th National Congress of Sterilization Centrals in the hospitable city of Medellín, which focused all its conferences on three fundamental pillars: safety, leadership and humanization. MATACHANA, through KAIKA its local distributor, was present with a stand exhibiting a 130HPO hydrogen peroxide sterilizer and an autoclave model SC500. The afternoon before the congress MATACHANA organized a workshop where the topic "Coexistence between low temperature technologies" was discussed, analyzing the pros and cons of each system. A large number of attendees participated in this event. In addition, and within the scope of the official symposium, Elena Lorenzo, Infection Control Manager of MATACHANA and responsible for the MIEC (Matachana International Education Center), gave a talk on "Advances in the reprocessing of complex surgical material" that was very well received by all the audience. The congress counted with more than 1000 attendees from all over South America and with a large number of participating companies.